With version v0.3, MOTIS comes with an embedded tile server which is based on @sfahnens tile server library. This was the last step to a full One-Stop-Shopping package for the MOTIS web user interface. Now, MOTIS provides everything what is displayed (autocomplete for stops and places, routing, map view) on its own, with a one-click automatic data preprocessing experience. 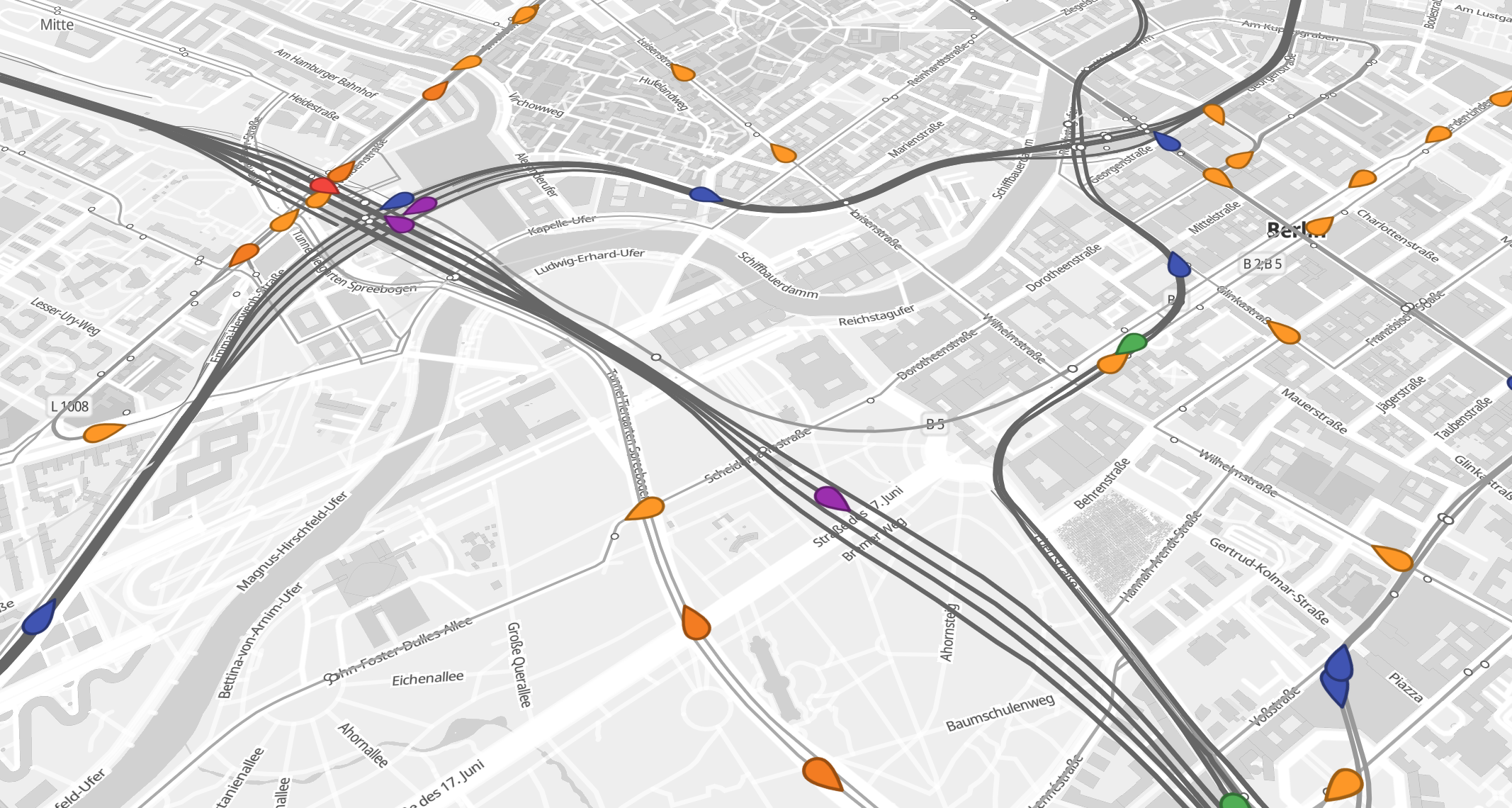 Furthermore, the network format has been improved to be more efficient and compact. This was accomplished by reusing path segments and introducing Google’s polyline encoding to compress geographic coordinate strings. The changes had a huge impact: a response that was 2.5 megabytes in size now is only about 250 kilobytes which is a 10x improvement (both measurements with Apache 2’s deflate compression enabled).

Busses that travel a longer distance are visible earlier when zooming in. This is to avoid intra-city busses to bunch up when viewing the map on higher zoom levels.

Direct Connections by Bike and Car